When you look at the Google Trends graph above, it would seem like the Go programming language, also known as Golang, is on its way to big things. But let’s not get ahead of ourselves, Go fans. Let’s first have a cup of java to put things into perspective: 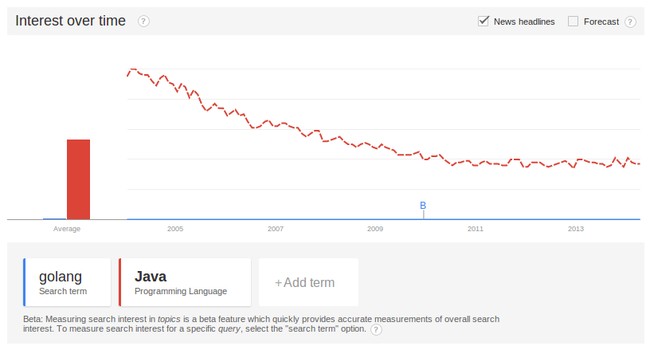 Golang’s popularity as a search term might be growing faster than bamboo in springtime, but it’s still dwarfed by the massive overgrowth that is the Java programming language. But interestingly, we can see in the graph how dramatically Java’s popularity has fallen in recent years. Maybe it has something to do with the worrying decline in programming interest? 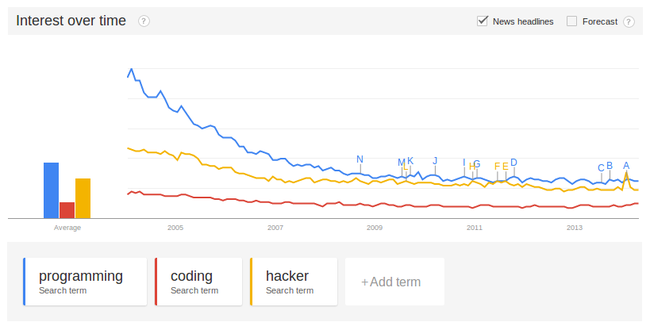 Hmm. Not sure what to make of that, considering my career choices. Anyway, while Go’s popularity is on the rise, it’s worth pondering whether it will ever grow to the heights that Java once enjoyed. It doesn’t look likely to happen any time soon.

Another interesting tidbit is that Go is enjoying surprising popularity in China, as shown by the fact that most searches on Google related to Golang originate from there:

It makes at least some sense, since a few interesting Go libraries have come from Chinese developers, like beego and gorm.

What does Go’s future have in store? It’s hard to tell. But it sure is an exciting time to be involved.

Disclaimer: These trends are by nature wildly inaccurate. I share them as food for thought. Please don’t use it for anything important. And if you do, it’s on you :)